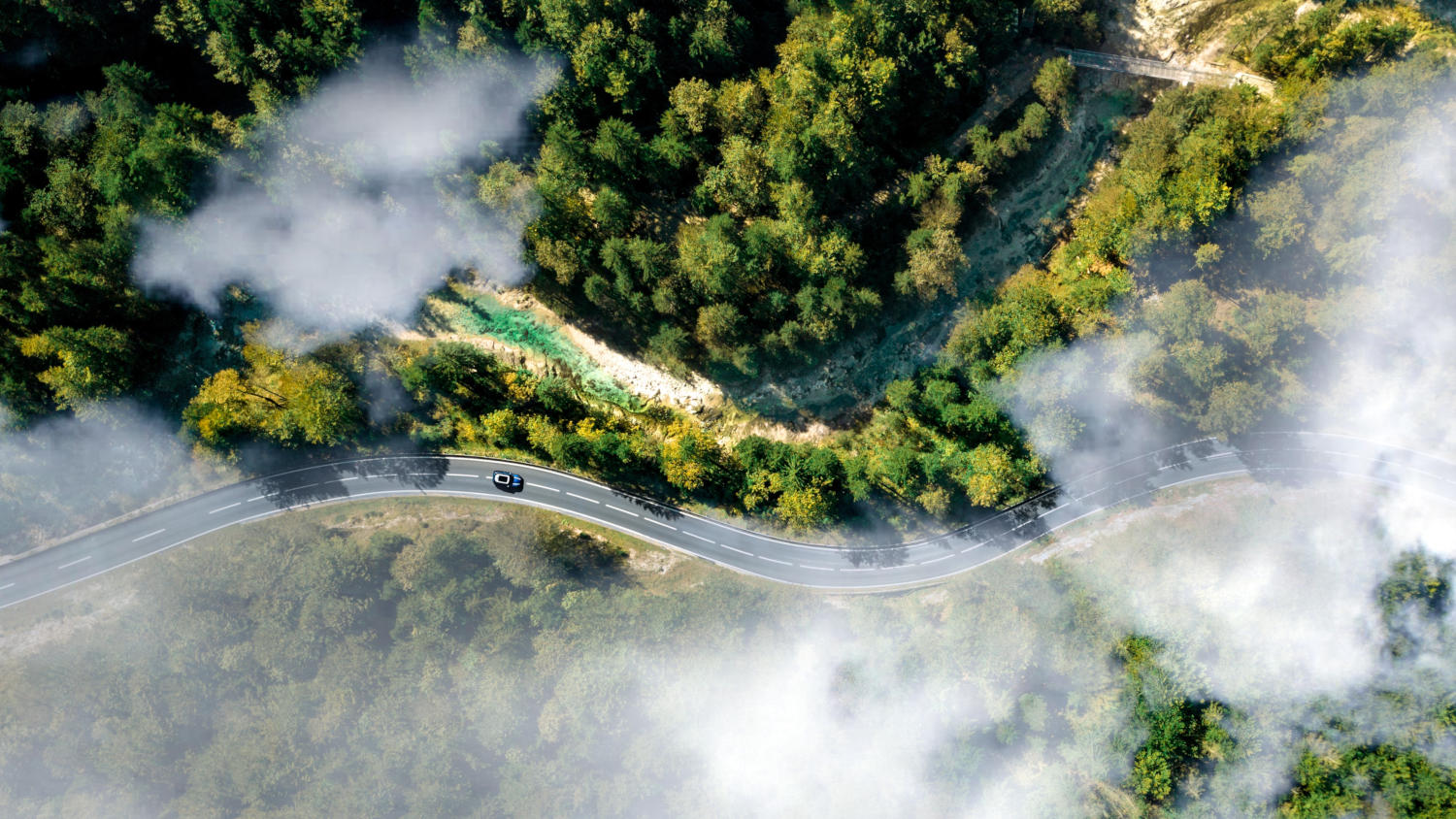 The importance of hydrogen as an energy carrier and tackling its storage challenges were briefly covered in our previous blog post. Now we take a step back to evaluate and understand the current practices in hydrogen production and the ways of production in the future.

Understanding the importance of hydrogen has caused countries like South Korea to build hydrogen powered cities for 2022. As hydrogen is foreseen as one of the fuels of the future, it is critical to ensure that the energy economics, operational and capital expenditure, as well as long-term deliverability of the underlying process meets the goals and demands for a sustainable future.

As a clean and high energy source, hydrogen is clearly the top choice of fuel. However, even if the entire transportation sector is to be powered by hydrogen, the overall greenhouse gas emission would reduce by only 14%. Although this appears to be remarkable, the ultimate solution to restrict global warming to 1.5°C according to the Paris climate pact requires more action. To reach these goals, we need to address how different sectors of our society including agriculture, manufacturing, buildings etc. derive their energy and the corresponding resources. Electricity generation is one of the biggest causes for climate change, contributing to nearly 25% of all greenhouse gas emissions. Producing clean energy via sustainable methods not only helps power the industry or our houses but also ensures that the other sectors, such as transportation, manufacturing, building (contributing to over 40% of the total greenhouse gas emissions in total) are powered by carbon-free resources.

Coal gasification and steam reformation are the two most widely employed processes today for hydrogen production. These processes heavily rely on conventional fossil fuels by reacting with water to produce hydrogen along with carbon oxides. There are two possible hydrogen production processes. In the gasification process, steam is sent into a high temperature/pressure vessel where it is contacted with air and coal, leading to the formation of “syngas” which is a mixture of CO and H2. In steam reformation – the CO produced by transforming naphtha feedstock (or other carbonaceous stock) is shifted to CO2 in the presence of water to produce H2. There are several drawbacks including high temperature and pressure condition, capital intensive and stringent infrastructure and the complex separation.

Hydrogen produced by such means majorly find their application in the metallurgical industries and ammonia manufacturing. Ammonia production, which is the major source for fertilizers, accounts for consuming nearly 55% of all the hydrogen produced globally. By 2050, the global food demand is expected to raise by 60% and this would drive up the fertilizer production. Producing clean hydrogen on an industrial scale is therefore essential for a greener future. Sun, wind, and water are clean & natural earth abundant resources, along with hydrogen, if we can tactfully harness these elements. How can this be achieved?

Currently existing and most promising route for green (carbon-free) hydrogen production is large-scale industrial electrolysis. Mega-watt sized-electrolysers could be powered by electricity from solar and wind farms to split natural water resources to hydrogen of high purity (>99.9%). Besides producing hydrogen, the electrolyser technology is also capable of producing other sustainable chemicals, renewable fuels, and most importantly recycling carbon. Integrating this with the manufacturing plants of ammonia, methanol, petrochemical refineries etc. can add value to the chemical chain. Therefore, there is no single solution to the question of how our society can attain zero-carbon (or even carbon negative) status, rather a convoluted combination of different renewable technologies is the diligent choice in the long run. 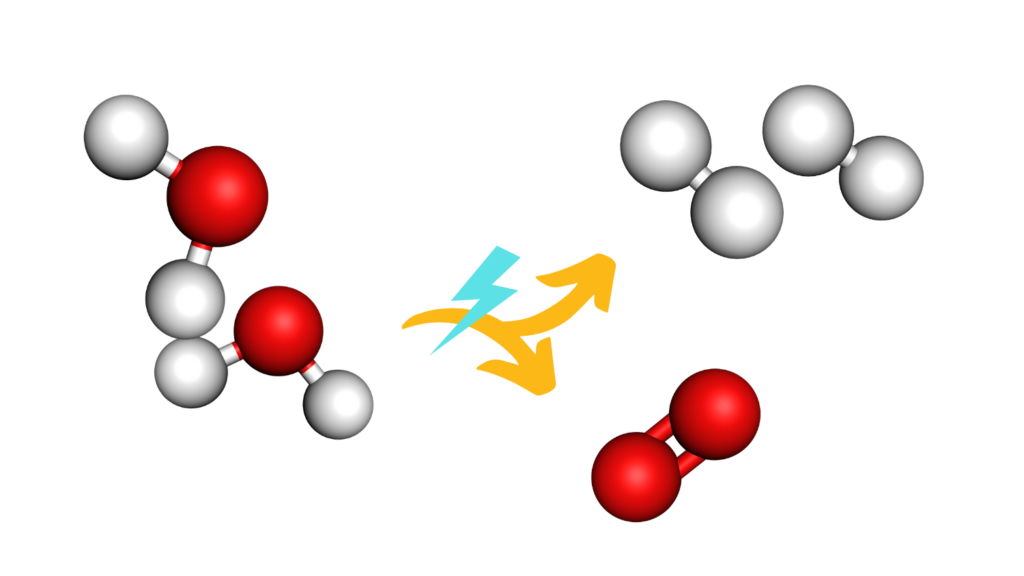 Splitting of energy precursors, for instance water, using electricity produced from renewable energy technologies is favoured due to the following advantages:

Thermodynamically speaking, overall water splitting requires about 1.23V. Supplying this energy in the form of electricity (electrocatalysis) is not the only option, using the assistance of sunlight can also bring forth the process of water splitting, and this is referred to as photocatalysis. Photocatalysis is predominantly found in nature in the form of photosynthesis. It is mediated by light absorbing agents that capture the sunlight and convert it into useful work by catalysing the reaction of interest. However, to implement photocatalysis on an industrial scale, there are several requirements such as the light absorbing properties, ability to efficiently catalyse the overall water splitting reaction, scalability and abundance of the catalytic materials.

Another alternative option would be Chemocatalysis wherein the decomposition of hydrogen-based precursors such as hydrazine, borohydride, etc. produces hydrogen. This process can be clean depending on the nature and origin of the feedstock source.

Due to the versatility of the MOF chemistry, they can be involved in electrocatalysis, photocatalysis, and chemocatalysis.

A 20% Pt/C catalyst is used for benchmarking the catalyst performance in both acid and alkaline electrolytes to evaluate the application of a MOF catalyst for industrial standards. The NENU-500 MOF with Mo-based nodes showed an excellent catalytic property for hydrogen evolution reaction. The overpotential of 237mV (extra energy supplied to the catalyst to drive a reaction) at the current density of 10mA cm-2 makes it a candidate closely approaching the catalytic performance of commercial Pt/C. The improvement in catalytic performance in comparison to its predecessors has been attributed to the open pore network. Furthermore, there was no observation of decline in performance even after 2000 cyclic voltammetry cycles.

The use of MOF as a catalyst support is owed to its high surface area and pore volume which enhances the dispersion and exposure of the catalyst site. While in other cases, a synergetic effect between the MOF support and the electrocatalyst could also improve the catalysis of the hydrogen evolution reaction. This was observed with the MOF NU-1000 (Zr-based) and Ni-S (a hybrid material, which is not same as NiS) as the support and electrocatalyst respectively. The synergy between these components facilitated the proton transport (short-range and long range).

Similar to electrocatalytic hydrogen evolution, photocatalytic generation of hydrogen takes place with water as the starting material.  In this system, instead of electric current, the photoactive MOF is exposed to light which results in formation of energetic charge carriers that can then stimulate the water splitting reaction (provided the energy of the charge carriers is greater than the electrochemical energy required to drive the reaction). As the sunlight is a benign carbon-free energy source, photocatalytic water splitting has been receiving enormous interest.

In addition to the high surface area of MOFs, the ease of coupling specific functional groups to MOFs to improve its light absorbing property makes it an interesting and promising candidate for this system. Interestingly, when Ni2+ was incorporated into an Al-based MOF as the catalytic active site, it showed the capability to perform overall water splitting in presence of ultraviolet-visible radiation. 30 mg of this MOF-catalyst complex suspended in 30 mL water resulted in a hydrogen evolution rate of 36 µmol h−1 and an oxygen evolution rate of 155 µmol h−1.

MOF-based photocatalytic water splitting involves engineering challenges such as separation of produced gases and the efficient usage of sacrificial agents needed for driving the chemical reaction.

MOF scientists have demonstrated that AuNi alloy nanoparticles in conjunction with Cr-based MIL-101 is an excellent candidate for catalysing ammonia borane to hydrogen. The large specific area of MIL-101, stability in air and water, large pore volume were beneficial for this purpose. The catalyst was recyclable and showed practical application in room temperature conditions with a turn over frequency rate of 66.2 min-1.  The outstanding performance was attributed to the uniformly sized AuNi nanoparticles when then confined itself within the pores of MIL-101.

With the growing pace of hydrogen centred economy, the potential role of MOFs is expected to be colossal. Pressing factors such as the cost-effectiveness (for instance, competitive with that of Pt/C catalyst), environmental friendliness, and recyclability of the material have to be worked out to make these materials more accessible for practical applications. However, with the increasing demand and the improvement in the scaling up of custom-made MOFs, it is expected to reach a competitive price point. On the other hand, newly upcoming unconventional ways of producing hydrogen using MOFs require further engineering to ensure that it becomes a possible mid or long-term alternative solution for energy challenges. For large-scale applications, the stability and reusability of the MOFs directly influence the productivity and the energy payback time. Therefore, careful profiling and assessment of MOFs to find the suitable candidate is very crucial to meet the long-term demands lucratively. Nevertheless, the direction and the outcomes of the current MOF research make us optimistically believe that the contribution of MOF to the hydrogen production in future will be remarkable. 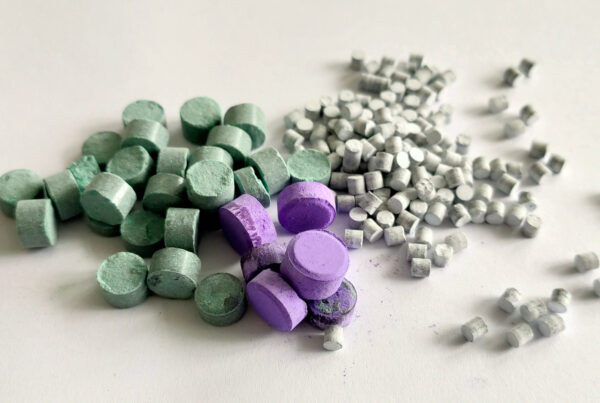 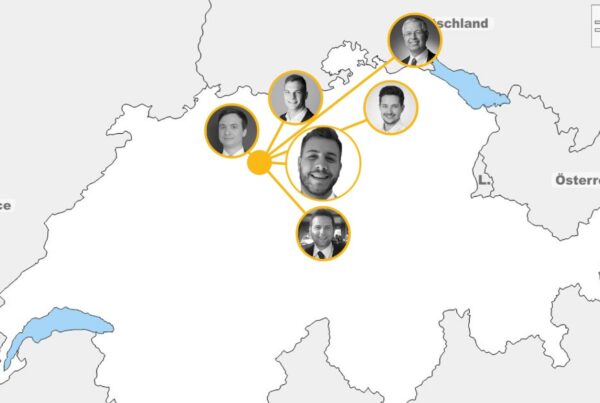 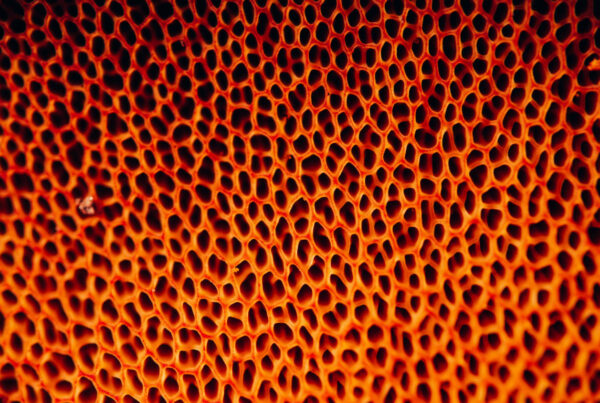