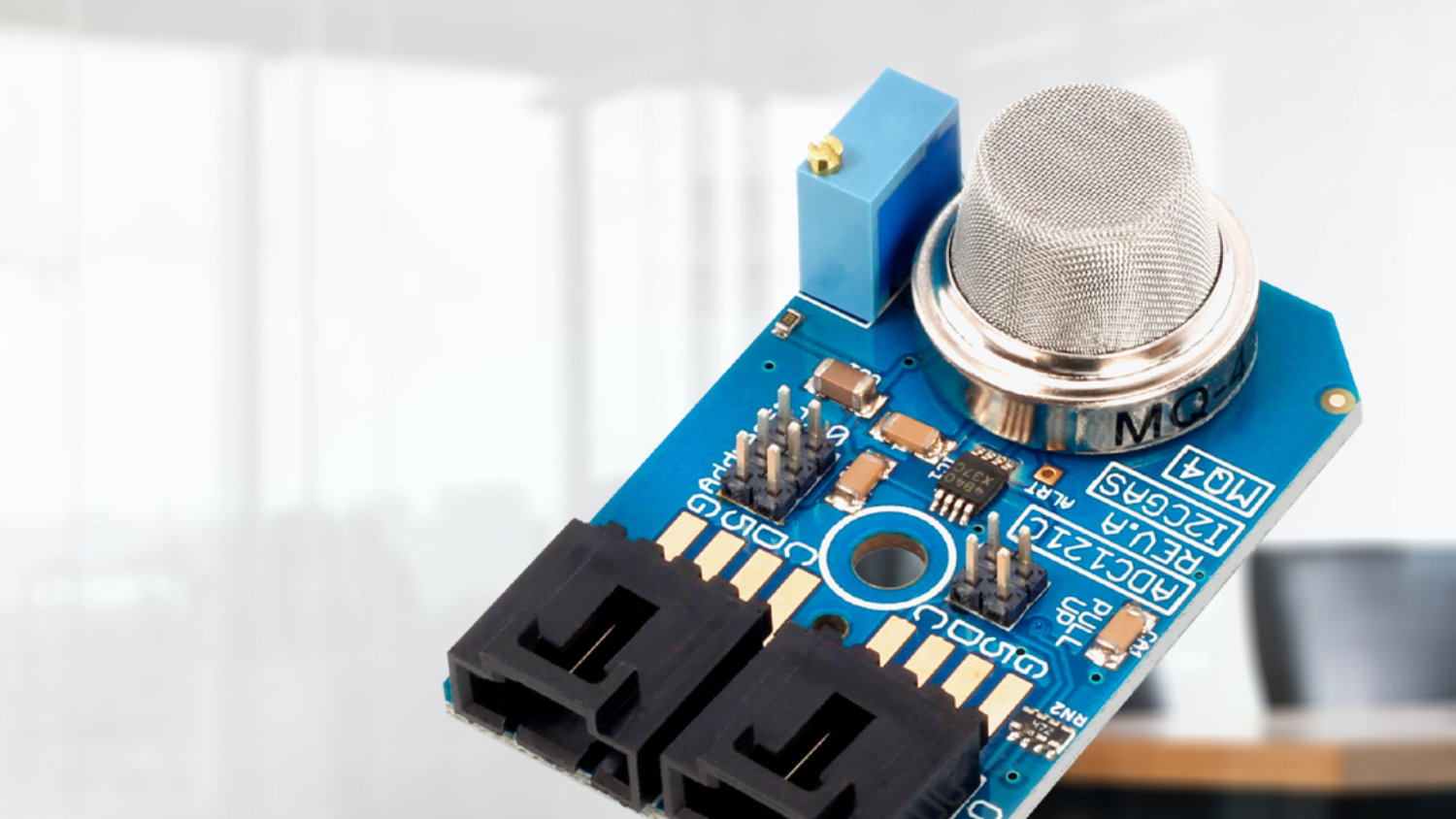 The detection of compounds with sensors has broad applications, from common ones like the blood glucose sensor (for diabetes control) to the detection of volatile organic compounds (VOCs) to monitor air quality in the industrial work environment. In the sensing technology, the desirable characteristics in a sensor are high sensitivity, selectivity, quick response time, stability, reusability, and low cost. In most cases, existing technology is limited by their detection limit or low reliability, to improve these features the necessity of new materials has increased the research in this area in the last decades. This blog is dedicated to describing a new class of materials, Metal-Organic Frameworks (MOFs), which have shown promising results on different sensor applications.

Metal-Organic Frameworks are a new class of highly ordered crystalline materials that combine the structure characteristics of rigid metal clusters and the flexibility of organic linkers. This combination of organic and inorganic components confers them high catalytic activity for a variety of chemicals.

Owing to their high reactivity and the easy tunability of the pore size of its structures, MOFs are used in sensors based on different principles including:

Optical MOF sensors are mainly based on luminescence, one element with this property (i.e. Lanthanide elements) is incorporated into the MOF structure. The ability of such an element to emit photons is increased or reduced due to the presence of the target molecule. The electromechanical principle involves a device transducing sorption-induced gravimetric changes into vibrational signals.

Electrochemical sensors are related to the oxidation/reduction reaction of the target molecule favoured by chemical interactions or catalysts present inside the frameworks (i.e. metal catalyst or enzymes with redox activity). While photoelectrochemical sensors involve a chain of reactions generating both redox reactions and luminescence (i.e. the product of a redox reaction triggers the luminescent response). Their versatility allows various MOF-based sensors, from gas detection to screening liquids and bio-sensors. 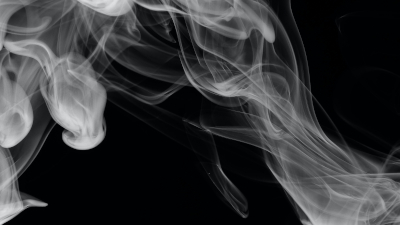 Gas sensors are very important for various applications like safety in the workplace, environmental pollution, post-harvest life of agricultural products and house applications for indoor air quality, and detection of natural gas leakage. The available technologies for gas detection are based on solid-state sensors involving materials such as semiconducting metal oxides, organic polymers, and more recently, zeolites and carbon materials (carbon black, carbon nanotubes, and graphene).

From the above-mentioned technologies, sensors of semiconducting metal oxides are the most commonly found. In these devices the target gas reacts with the oxygen species of the material generating an electronic response, which is transduced to a useful signal for the gas detection. The main disadvantage of this technology is that it requires high temperatures to make possible the redox reactions. At high temperatures is difficult to keep the selectivity of the sensor, therefore the cross-sensitivity and the high-energy consumption make this technology less reliable and expensive.
Other materials like polymers offer low-temperature operation but suffer from low selectivity too. Carbon materials and zeolites have better sensitivity; however, their high cost and difficult fabrication hold their use on a large scale.

SO2 detection with MOFs

Sulfur dioxide (SO2) is one of the most toxic pollutants in the air; this compound is part of the flue gas generated during the burning of fossil fuels. The detection of SO2 is challenging due to its low concentration in the air, thus requiring high sensitivity. In a recent study, the MFM-300 MOF was used as a detection probe for sulfur dioxide. According to the authors, this indium-based MOF offers high stability with incredible sensitivity in the range of 750-1000 ppb, with an estimated detection limit of 5 ppb. Besides, the sensor showed selectivity for SO2 over other molecules like CO2, CH4, NO2, and H2.

Other gas detection applications for MOF-based sensors include the detection of molecules like: 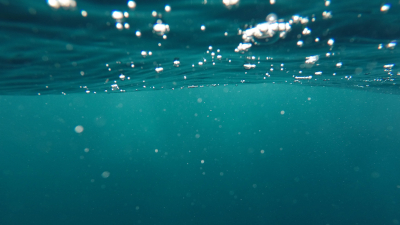 Another important field for sensing technology is the detection of toxic molecules in aqueous samples. Water pollutants like heavy metals, organic molecules, and antibiotics can cause serious illness in humans and harm flora and fauna in ecosystems. Water analysis often requires in situ detection, which is not available for most pollutants, the detection techniques have to be performed in laboratory facilities.

Unlike MOF-based gas sensors, sensors in aqueous solution technology involving MOFs are based mainly on optical properties like luminescence and colorimetric signals. Luminescence is the phenomenon caused by the photon emission of materials related to electrons found in the excited singlet state returning to the ground. This technology has been used for the detection of anions (PO43-, ClO–, and CN–), heavy metals (Cu, Pb, Hg, As, Cr, and Cd) and volatile organic compounds.

The detection of the mercury ion is of special concern due to the high risks to human health, and its detection is not an easy task for sensors. The main issue is low stability in the performance. A novel luminescence sensor was recently created using a modified MOF containing tris(bipyridine)ruthenium(II) (Ru(bpy)32+). This ultrasensitive sensor is capable to detect concentrations in the range of 25 pM to 50 nM, exceeding the limit of detection required by the United States Environmental Protection Agency (US EPA), which is set to 2 ppb or 10 nM. 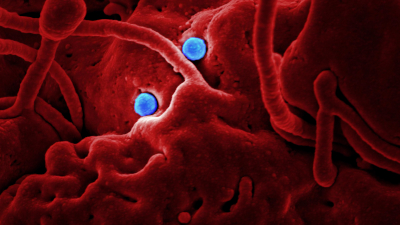 MOFs with exposed active sites can show enzyme-like catalytic activity and can be used to construct electrochemical sensors. The combination of MOFs with other materials to create composites with high electrical conductivity is also used to create different sensors. Also, MOFs can act as a host for biomolecules to improve its catalytic capacity.

DNA detection is one of the applications that have found useful properties of MOF materials. An exciting approach was used to trigger allosteric reaction to detect hairpin DNA. The sensor includes the HKUST-1(Cu) MOF conjugated with streptavidin as a recognition element. The results showed good selectivity and detection in the range 10 fM to 10 nM, with a detection limit of 0.48 fM. These promising results indicate the feasibility of MOF-based biosensors for real detection in serum.

Other applications for the detection of biomolecules include:

Are MOFs the right approach for you?

MOFs represent a promising platform for the construction of sensors meeting the paramount characteristic for sensing technology including high sensitivity, selectivity, and stability. The combination of MOFs with other materials can improve the performance of sensors, including electrical, mechanical, electrochemical, and photochemical sensors.