The semiconductor industry relies heavily on highly purified gases for their production processes. Metal-organic frameworks (MOFs) have shown great potential in gas purification and other related applications. In this article, we will take a look at how gases used in the fabrication process of semiconductors are purified and where metal-organic frameworks can be applied.

There are three options for purifying gases; filtration using membranes, adsorption and cryogenic distillation. While filtration using membranes relies on the molecular size of the impurities respectively the gases to be filtered, adsorption relies on the physicochemical binding between gas and adsorption material. Cryogenic distillation on the other hand relies on the different boiling temperatures of gases to separate them. The liquid gases are heated to their boiling point and turn into their gaseous state. As their boiling points are different, the gases can be separated by precisely controlling the temperature. However, cooling gases below their boiling point is very energy-consuming.

Separating gases using adsorption has been proven to be very energy efficient (depending on the strength of the bond between adsorbent and adsorbate) and therefore have great economic feasibility.

To purify a gas means increasing the concentration of the wanted gas and reducing the unwanted gases or impurities. In order to remove impurities from gases, they are led through multiple purification materials. Various materials can be used, they are however always very target specific. In other words, to purify e.g. oxygen, the gas will be led through several purifying materials that each remove a specific impurity such as moisture or carbon dioxide. We’ll have a look at three selected purification materials. 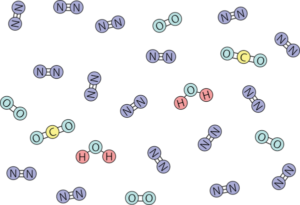 Zeolites are porous materials, that are physisorbent and will thus bind water molecules on their surface. There are a number of different zeolites, that have to be carefully selected based on the desired gas purification process. Incorrect matching of zeolite and gas can lead to heat development, decreased efficiency or corrosion of the zeolites.

Regeneration of zeolites – releasing the captured moisture – is energy-intensive as they form strong bonds with the captured water. Temperatures of 300° and more are required to release the water from the zeolites.

Metal-organic frameworks have shown great potential for water adsorption in gaseous media. They are tuneable to specific rH% (relative humidity levels) andthey can regenerate the adsorbed water in temperature swing processes – at temperatures well below that required for zeolites.

Are you interested in water adsorption? Then read our case study on water harvesting using MOFs:

Various options are available for the reduction of O2 and COX. Zeolites or activated carbons are used in their base form or are functionalised with catalytic metals in order to remove oxygen, carbon monoxide or carbon dioxide. For example, AgLiLSX zeolite has proven to purify O2 up to a concentration of 99.5%. The removal of these gases using catalytic metals is based on chemisorption, which creates stronger bonds between the adsorbing and the adsorbed material.

Zeolites are – compared to MOFs – less selective while still have good uptake potential.

Due to their relatively short existence, MOFs have not been tested at scale. However, MOFs have great potential as they are tuneable to great selectivity and show large uptake capacity. Just like zeolites, they need to be carefully selected for the application at hand. For example, they may not be as stable at higher temperatures. While they tend to be more expensive than zeolites, they are easily regenerated resulting in less energy consumption (and fewer cost) in the final process.

Ammonia is highly toxic and corrosive and can therefore put the production staff at danger and negatively impact the fabrication process. Activated carbons are commercially used for ammonia gas separation amongst other materials.

Metal-organic frameworks have not yet made the break-through in ammonia separation. However, in experimental settings, a triazolate-based MOF has outperformed commercially used, state-of-the-art zeolites in the uptake of ammonia. The ammonia is released at a temperature between 150-200 °C. Long-term cycle stability has yet to be proven, but we are optimistic for future applications. 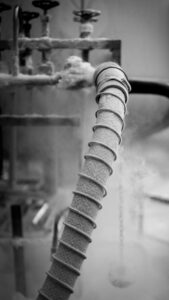 Zirconium is mostly used to remove methane and nitrogen. The gas molecules are bound to the surface of metal alloys at temperatures above 300 °C. They are permanently bound to the alloys. Given the high temperatures and the highly reactive rare-earth materials, special care has to be taken in these purification processes.

Zeolites, silica and active carbon have been used in methane and nitrogen capture too, however they lack selectivity and uptake capacity. Their high energy consumption during regeneration and lower cycle stability add to the running costs.

An alkyl MOF, ATC-Cu, features methane capture capabilities for coal-mine methane at 1 Bar and room temperature, which outperforms zeolites and other MOFs such as HKUST-1 and MOF-74 (Ni). MIL-100 (Cr) on the other hand, has shown great N2 separation capabilities. Both show good cycle stability and easy regeneration of the MOF materials.

Purification of gases is a multi-step process, removing specific impurities in each step in order to reach the highest concentration needed for specialty applications such as the manufacture of semiconductors. Promising studies on metal-organic frameworks have been released that investigate removal of e.g. CO from a multi-gas mixture. To commercialise on the capabilities of MOFs in gas purification processes, the first products have yet to be designed, tested and launched. An innovative company for gas purification can take the lead for future applications of these next-generation materials.

Besides the application in a gas purification process, MOFs can support the chamber cleaning between different production steps and regenerate the adsorbed molecules in a cost efficient way.

For this article we used the following publications: 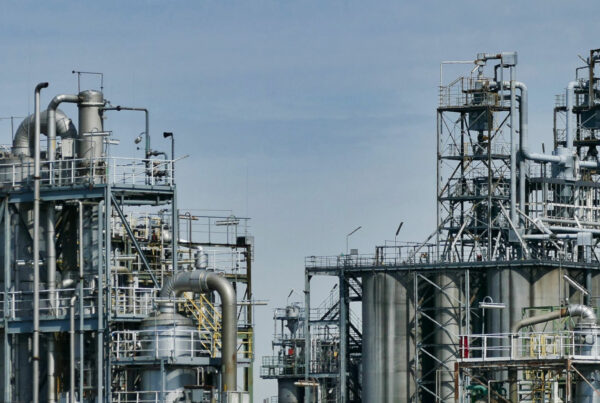 Getting beyond the possible: Separating value-added products out of petrochemical feed stocks 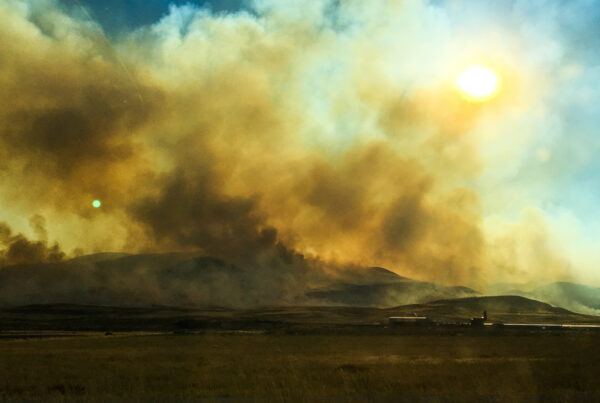 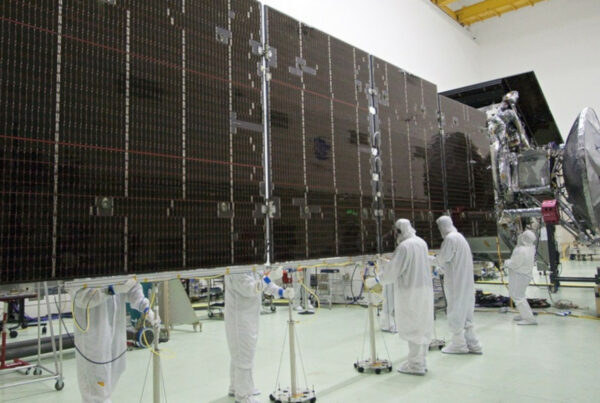